Beauty in a Vacuum: Tube pics and close-ups

That's what I'm talkin' about! Love the mercury glow, and that 3C24 is dead sexy. Is this your amp, @paulbottlehead ?
P

Yes. It's the second of three that I've made over the years. I'm currently working on it's much larger brother that will use the 100TH.

paulbottlehead said:
Yes. It's the second of three that I've made over the years. I'm currently working on it's much larger brother that will use the 100TH.
Click to expand...

Very cool. I'd love to see/hear more if you'd be willing to start a thread or share a link.
P

I don't want to thread-jack too much, but since you started the thread I guess I won't feel quite as badly about it. The first one I built about nine years ago, and the original post can be found here:

I ran into a schematic the year before that provided a convincing demonstration of directly coupling a cathode follower to a power-grid triode's grid to provide the low impedance drive required to make all of this work. I ended up modifying the original design a bit, adjusting the overall feedback and output transformer specs, as well as optimizing the loading of the first amplification stage with a CCS.

The second two amps were built much more recently, as I missed the sound of that original amp and wanted to fix the bugs that I had with the first one. I ended up building a pair, with one going to a good friend, and the other one not leaving my possession any time in the near future. I actually just ordered parts for a third, since I'm messing around with an active 2-way crossover.

I don't see any rules here for manufacturers or industry professionals, but I will mention that these are not Bottlehead products and certainly won't end up that way.

Now that is a sexy amp.

Those SED 6550s were great tubes! I can remember replacing many Chinese KT88s and 6550s in the 90s with the rock solid SED.

paulbottlehead said:
Those SED 6550s were great tubes! I can remember replacing many Chinese KT88s and 6550s in the 90s with the rock solid SED.
Click to expand...

I really liked them. I was heartbroken to find them not being produced when it came time to replace them. I had tried JJE34Ls (had pin problems), 6CA7EHs (Paul Grzybek's specified original tubes - they were "okay", imo), JJ/Tesla KT-77's (garbage right out of the box), and finally found Tung-Sol 6550's (current production) which I enjoy immensely. So much so that I'm on my second quad from Upscale.

Okay, sorry for my thread pirating, back to our regularly scheduled program...

Another 300b with a different view (dust added for extra effect). 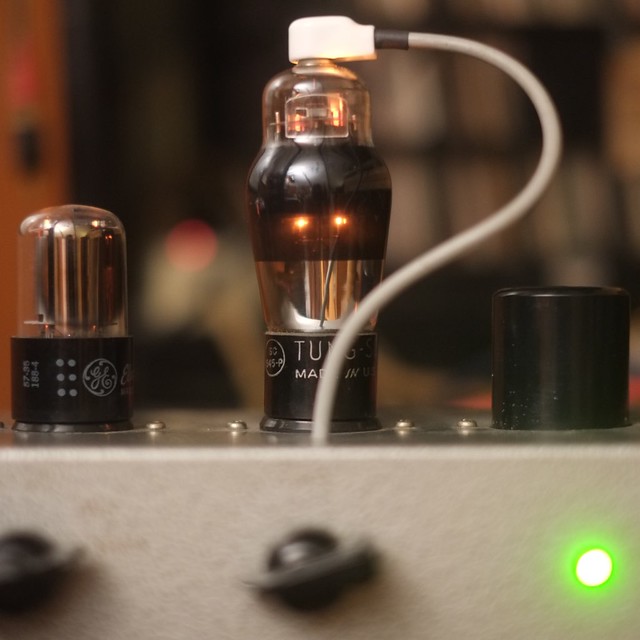 A couple pairs of 6SN7s I have laying about:
Phillips

Audionut said:
Another 300b with a different view (dust added for extra effect)....
Click to expand...