Bear with me -- I'm goin' somewhere with this!

I have long been struck by the broad range of prices of phono cartridges -- and, as with most things in life, by and large, I believe, and have accepted, that one gets what one pays for.

I learned a lot about hifi over the next few years (college days) and discovered Grado MI cartridges ca. 1977. Even way back then, Grado had a wide array of cartridges, from an entry level conical (FTC, if memory serves --- EDIT: actually, I think it was the FCR(?)), which was also about $9.95 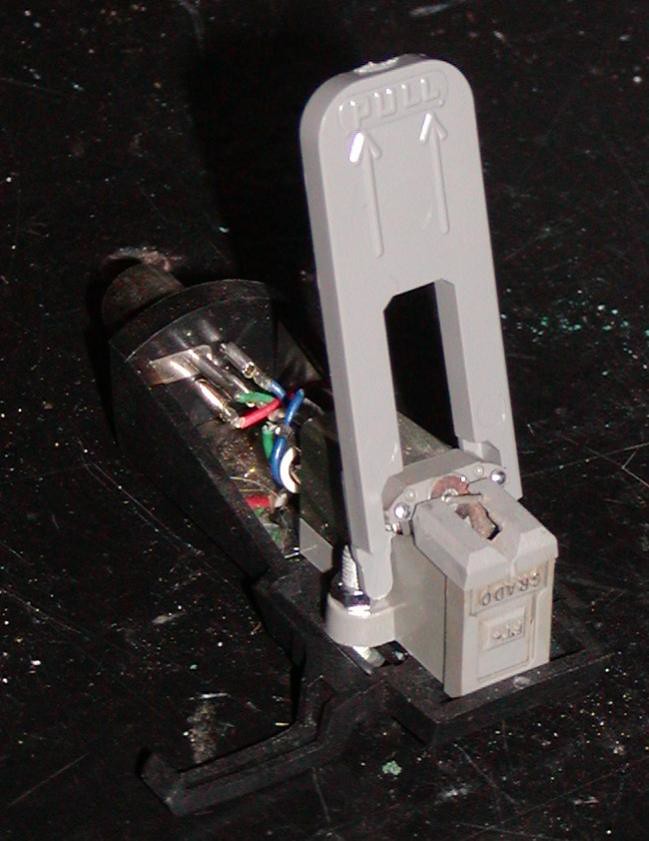 Skipping over the next four-ish decades (since nothing much happened in the interim, anyway

), let's look at 2019. Whether because of, or in spite of, the "vinyl" resurgence, cheap phono cartridges never quite went away. Audio-Technica, bless their hearts (and for whatever reason) have continued to make (or have made) and sell cheap MM cartridges. Further, there seems to be a cult evolving around these cheap cartridges (to wit, the AT3600L and all of its morphs and permutations). There are scads of comments on these ($13 from China versions, especially) Elsewhere. I guess part of the mystique centers on the use of carbon fiber cantilevers

in these extremely modest phono cartridges.

I'll also mention that there are even polished coprolite alternatives for those folks who want to stay cheap, but cannot quite bring themselves to go with alibaba (or whatever) route

So -- there's no point to this post, really (imagine that?!) -- except an attempt to catalyze some discussion about inexpensive/high value phono cartridges. You know, true doorway products that might be worthy upgrades (no fuss, no muss, no bother) for vinyl newbies.
See, e.g., Panasonic/Technics CES 2019 Press Conference video announcing two new Turntables from Technics

Thanks for your attention & consideration.
Last edited: Jan 10, 2019

Staff member
I've had good luck with the cheaper end of AT carts. Just put one on a table I sold to a friend and its working out nicely. He doesn't have a fancy phono stage, just the one built into a new Yamaha A-S301 integrated, and it all worked out well. I don't recall what it was but it looks like an older version of the one above.

One of my ex girlfriends was a DJ and she used Shure DJ cartridges on her SL-1210s. I believe they were either SC-35 or M35s, which I've seen for less than $100, and I was surprised how good they sounded.

The AT3600L is very pleasant sounding and excellent tracker but probably not as much depth as my old fave ,the M3/7D. Maybe a good alternative to the Stanton 500(?)...just my preliminary impressions. Have to try it with other tonearm/system context.

1) AT3600: I have one of these on my Lenco L70 (stock arm). Lots written on this all over the 'Net. I use the CF cantelever with conical stylus tracking at 3g. Fun combination. Sins are of omission. Not a "giant killer", but not bad. Of note: you can get both elliptical and ViVidLine styli through LP Gear.
2) Shure SC35C (stock stylus for high mass arm, N35X for medium mass arm). Recently discontinued. JICO has a couple of stylus options. Again, lots written on the 'Net. I use the SC35C/N35X on my Ortofon RMG212 arm (which is higher mass, but it works) at 3g. Some prefer the SC35C and some prefer the AT3600. If you are looking for a doorway cartridge and can still find an SC35C for a reasonable price, I'd grab it - and some extra styli, both stock and N35X.
3) Nagaoka MP100 (conical) or MP110 (elliptical). Nice thing about these is that you can upgrade to the MP200 stylus.
4) The new Audio Technica VM95 series also provides an upgrade parh via stylus.
5) Shure M44-G and M44-7. Old standbys that have been around forever.

There are also lots of vintage (and no longer made) cartridges out there (Shure M3D, Stanton 500 II, etc.) that seem to have been "discovered" which has driven prices way up.

When all is said and done (and if you have a high mass arm), I would shave my budget in other areas, bite the bullet and spend the $250+/- for a Denon DL103. Nothing that I know of for anywhere near the price sounds more like music and is as involving. Get a phono stage that will take a LOMC straight in and save up for a SUT later.

Full disclosure: the day that the Shure announcement (of their throwing in the towel on phono cartridges) appeared -- I bought an M44G

I also have an M3D or M7D (you're askin' a lot of an old guy to remember which!) sittin' in an ESL headshell -- but neither are, technically, actually mine (nor is the rest of the ESL arm sittin' next to 'em).

je2a3 said:
View attachment 9937
The AT3600L is very pleasant sounding and excellent tracker but probably not as much depth as my old fave ,the M3/7D. Maybe a good alternative to the Stanton 500(?)...just my preliminary impressions. Have to try it with other tonearm/system context.
Click to expand...

Is this in your blog someplace?

I did not know you had one of those lurking about...

That I rarely mention them at all is not accidental.

Is it hard to set up ebay for selling instead of buying? Asking for a friend.

mhardy6647 said:
Is this in your blog someplace?

I did not know you had one of those lurking about...
Click to expand...

Not the AT3600L, but I might write an update on conical MMs.

We've been focused on new and currently available gear for The Doorway.

Any thoughts regarding new and currently available cartridges that would fit into The Doorway?

How about the newer Grado carts?

I'm with you on the Conicals.

Thought I read somewhere that you need the "Super" versions to do the upgrade path ? #mustbetruireaditontheinternet

airdronian said:
Thought I read somewhere that you need the "Super" versions to do the upgrade path ? #mustbetruireaditontheinternet
Click to expand...

I have used a Super OM30 stylus on two different non-Super OM bodies. One a P-mount, another just a regular OM..started out as an OM-5 or 10 I believe. I do think there is something different about some of the various iterations of these carts, like you can't take a Super body and put a non-Super stylus on it or, or something with the Concords. BUT...I'm pretty sure you can take any OM/LM cart, and to the best of my knowledge, put any last generation of stylus on it.

Reminder to self...track down an OM_Super body because I've read its slightly better.

Ortofon is a funny company. There are some Ortofon cartridges I've really liked, and others I've really disliked. The one's I've liked, I really couldn't/can't afford.

Staff member
Any OM Stylus will fit on any OM body. There are differences in the guts of the body (hence the Super), and in the compliance of the stylus (the later ones are lower compliance).

They really start getting nice at the 30 and 40 level stylus. The 40 wants VERY precise setup to give it's best though.

Staff member
I think we should give special attention to cartridges that work well with medium mass arms. Those ones will work the best with the greatest variety of arms, especially with any current production tables.

I figure that in terms of SQ for the dollar the latest version of the Grado Black comes out on top. I've not owned one (yet), but I heard one and was quite impressed, especially for the cost.
You must log in or register to reply here.

Records are a good cup of coffee.