How about a new/another "extended range driver" thread?

Staff member
Early design by Greg Monfort cabs with Wildburro audio BetsyK drivers. This was years back. Still had the Decware Zen clone next to them.

Redboy said:
I dig these cabinets... 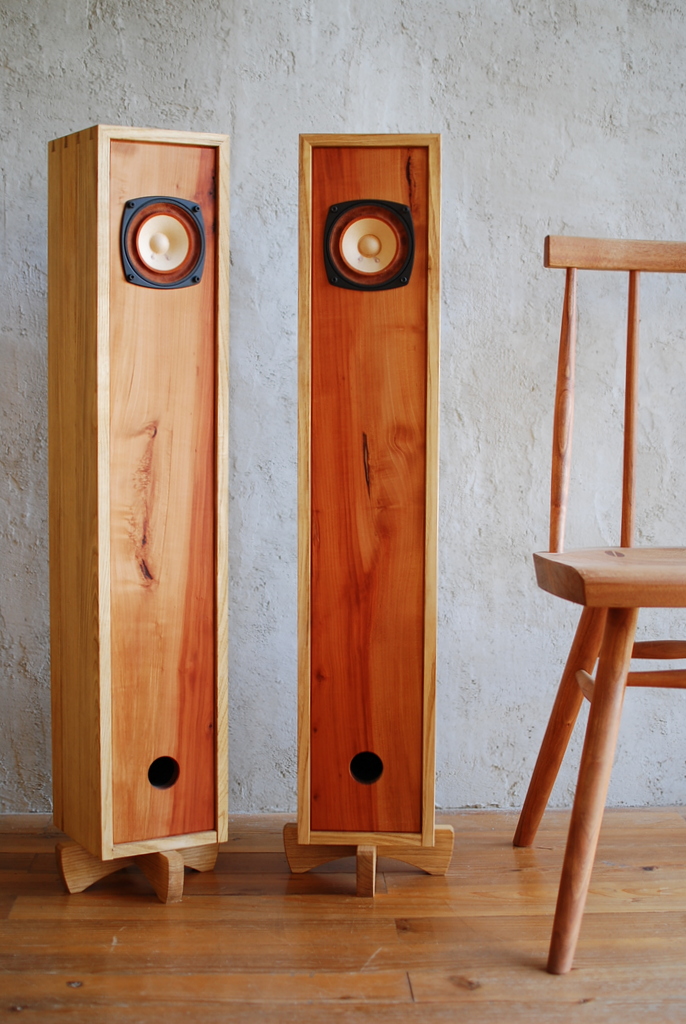 They look kind of like my ML TQWTs -- other than the ones above being... you know, pretty.

mhardy6647 said:
There have been a couple here (I did look), but recent chatter in some other threads leads me to thinking about (electrical) "crossoverless" drivers -- extended range drivers, if you will.

"Fullrange drivers" -- well, that may be going a bit too far

Back when I first discovered SET amplifiers, I stumbled into Jamie Melhuish's fullrange driver site and forum. It was one of the first hifi fora I frequented, and it was a fun and informative one.

In those days (the end of the 20th Century!) there was a pocket of interest around some of the inexpenive extended range drivers (mostly twincones, mostly intended for car audio) sold at low prices by good old Radio Shack. Said drivers would periodically be available on sale for ca. half-price -- and, as they were ultimately closed out, one by one, the could be acquired very cheaply. To this day, I have a box containing an assortment of the fad R/S drivers of that era: 40-1197 (a Fostex FE-103 OEM variant), 40-1297, 40-1354 (still a personal fave), 40-1271, 40-1272, etc.)

I remember those days on James' site - I spent a lot of time there while I should have been at/looking for work, fantasising how I could run a SET-based system. I also remember your recommendation of Fostex 8"ers in a BR as a good starting point for folks wanting speakers during the SET re-emergence; I can still remember what they look like! They sounded really nice by most accounts... but I never built 'em: too much procrastination.

I've been considering fullrange drivers as an adjunct - a different flavour or second system - to the GPA duplexes I run. Have been considering Enviee fullrange or basic-with-tweeter and more recently Cube Audio F8 Magus. For my small-medium room and wide-ish listening spot, the Magus has about the minimum efficiency I'd want and has a relatively smooth FR and decent dispersion - it is an option. Have also thought casually about the LM 755 repro drivers, but not convinced about availability and back-up service over here in Australia. Coaxes and constant-directivity speakers might be less risk and cost... but fullrange drivers are tempting.

Edti: The Sonido line of drivers is also interesting and impressive. The drivers designed for horns look like they could work in vented also: higher efficiency, higher QMS (more vibrant sound) but less bass depth/weight than the line designed for bass reflex?