This time, I'm actually typing on a notepad first before I post!

That was only last year when I first got my Audio Nirvana 15" speakers.

There then appeared a local sale sporting 3 pairs of them Azruas with 15" subs for the low notes this year. The Azuras were 160, 340, 550s with 8" BNC drivers in CNC'd chambers and the JBL drivers (both 2445J & 2420). Custom made stands. No I didn't jump on it because they seemed a little too big and the price was so out of my reach. Another dream listing, I thought.

The seller had a little difficulty selling them mainly due to their size though. Not many people entertain huge ass speakers in Sydney. So the price was keep coming down because he wanted to vacate his listening room as soon as possible. I took the plunge and approached him for a deal. No 18" subs. 18" subs were just way too big for my little listening room.

It helped that my wife LOVED the look and the sound. Actually most young female friends of mine when they saw the photos thought they looked great. With the custon timber stands they really are a work of fine art. Think Avantgarde horns with Scandinavian aspirations.

I also found a listing for a pair DIY'd MDF bass bins with lots of bracing and frequency test results sporting dual 8" Peerless drivers each. Perfect size and capacity for my use. Took them in and painted them in white to go with the Azuras. The worst paiting job you can think of but they ended up looking good with the Azuras when placed in corners.

Sp 4 way horn system. No passive XOs. They were actively managed by a MiniDSP. I managed to borrow a tubed pre from a kind local audiophile for the rig. It sounded great but no remote. I paid for a PrimaLuna tubed pre yesterday.

I was getting a tubed pre because I wanted to power the horns with TPA3116 chip boards. They were ideal because they sound really great especially with high efficiency speakers. They're dirt cheap. They're really small so they can just hide at the back of the horns. And they could be turned on 24/7 with no electricity bill concerns. I wanted them on 24/7 especially for the convenience purposes.

I also considered powering the horns with 6em7 based SETs that I could get a local tech to make for a really reasonable sum of money. But the idea of having x3 stereo amps that I have to be careful about turning on/off was a bit of concern. And to think that I run 3 tube power amps in summer!

I ordered x3 TPA boards with no knobs.

But that particular 300B is sold pending payment. I've sold the ANs and other gear too. Will liquidate some other gear that I have so that I can contribute to the fund to purchase the horns.

Anyway, the horns arrived last Thursday. It was such a labour. Brought them over with a removalist dude with a van and my car. But connecting them together and controlling them with the MiniDSP was even harder and I was giving up by 11pm. After a shower I made some more queries and downloaded the Plug-In for the MiniDSP. I didn't feel the seller's preset suited my room/taste. So I ended up pulling a rudimentary preset of mine. Still exploring.

I've located a guy who'd loan me a UMIK-1 microphone locally for a small fee so that I can calibrate the whole thing properly when the TPA boards arrive. But even right now, with no calibration, these horns sound really really greart. The dynamics are just, just incredible. We describe them as a waterfall. The sense of scale is just something I've never heard before in my room.

There's no going back dude. I'm a horn guy. Certified.

Will manage some pics over the weekend and report further....

The system diagram is done: 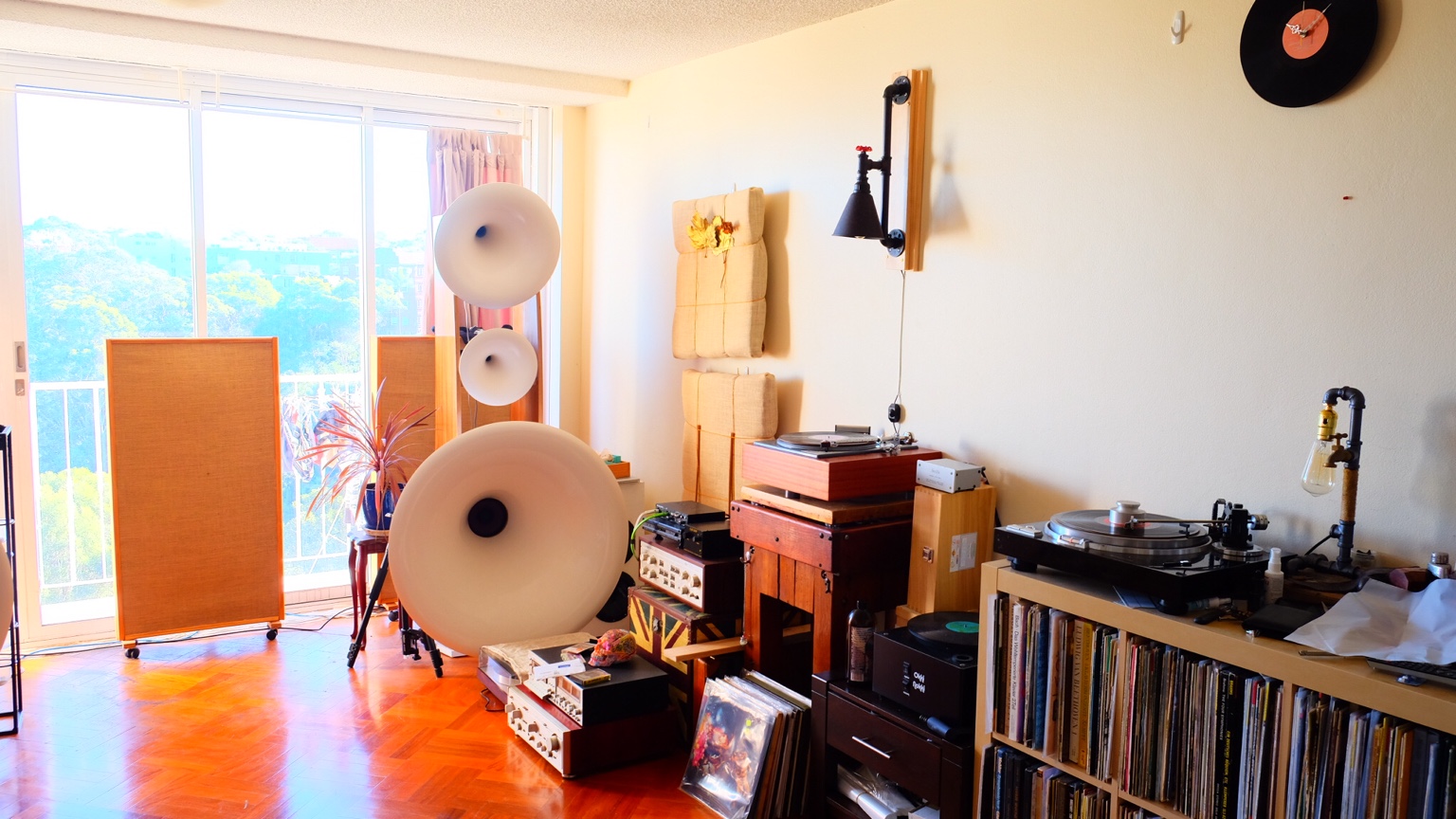 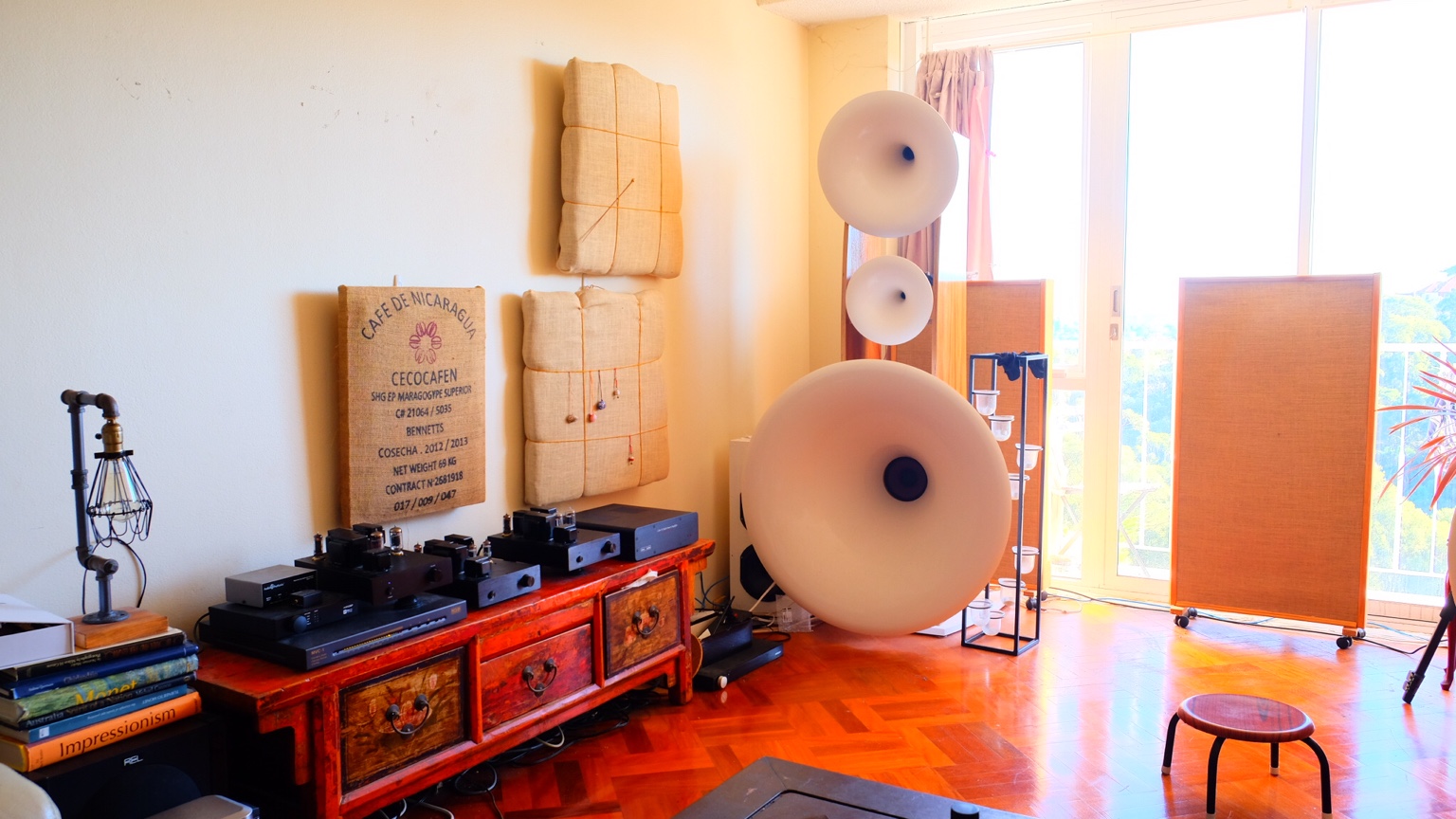 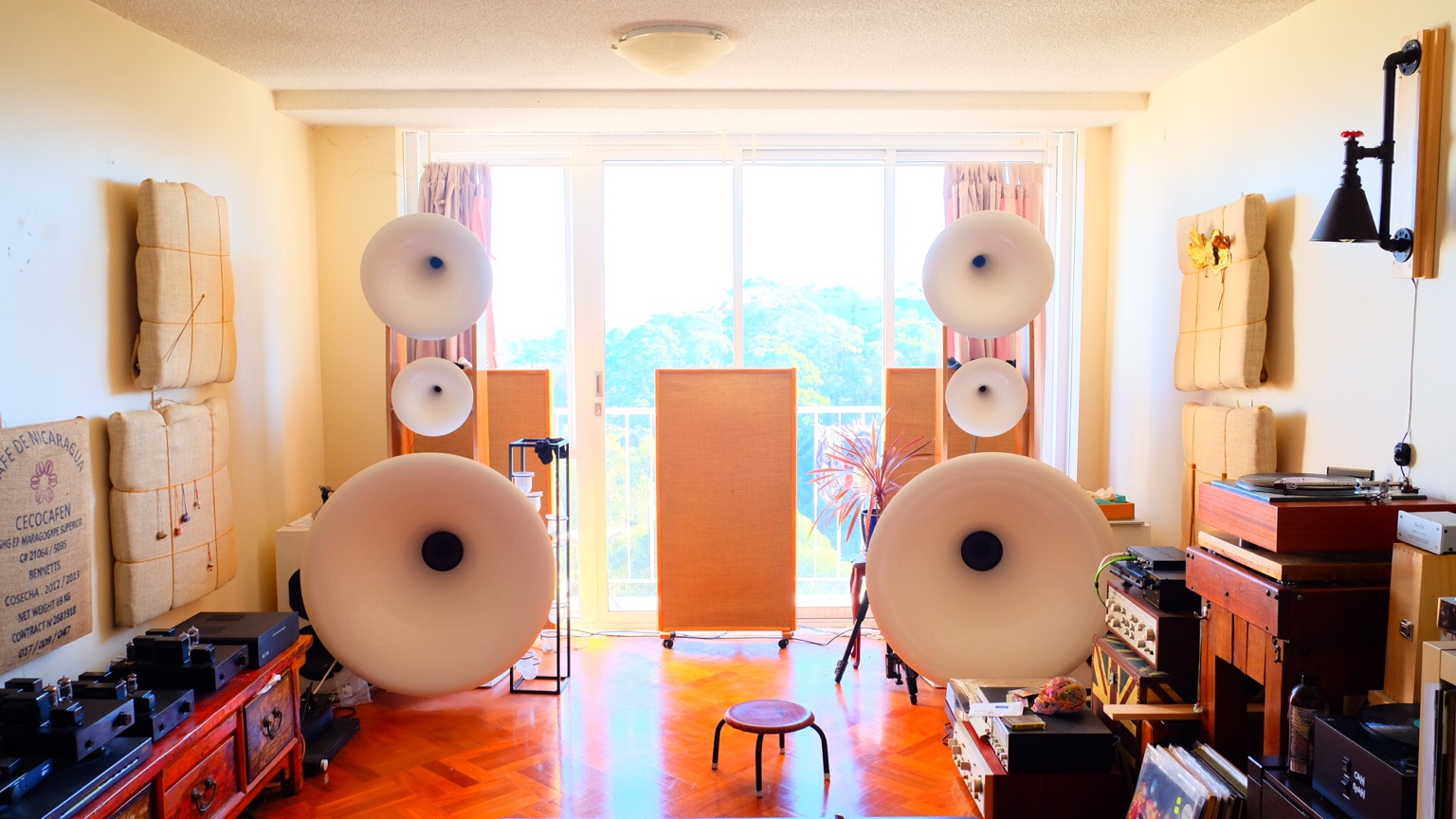 Azura horns really interest me and I've though about them a bit but really don't think a big horn system would work for me in my small room - I'll live vicariously through you though.

It's only the beginning of a long journey though. That local tech's amps are really quiet so they would work well with my horns. Once the system evolves a bit, I am thinking of getting the SETs at least for non-summer. I will have to get the fund accumulated though.

Having said that, those chip amps, especially TPA3116s, sound really decent if you're not prejudiced by their pedestrian lineage. My wife really likes listening to (and look at) these speakers like I do. So I want it to be easy for her to control the system.

DSP really is like a flexible active XO. It just gives you the easy handle on it. Right now, they're nothing other than frequency divider and gain control for each driver.

As for your room, well you can have a pair of small/mid sized horns sitting on cabs with woofers

Staff member
Your wife liking them is MAJOR plus - should be fun.

Remind us of your room's dimensions please, David.

Sure is Bill. She at times appears more excited about them than me!

Some pics I've just taken to satiate our thirst! Not the ideal light but anyway!

Holy cow, those are wild beauties!

Staff member
Here I thought I you were going to get some big horns...

Staff member
Damn! It's a good thing she like them!

Staff member
I think these are the horns I considered getting into a group buy on many years ago - they are Australian made right? I remember shipping to the great-white-north was scary expensive.

Staff member
I'm even more impressed that you managed to find a wife that would ok them. Well done!

Staff member
There is that!

I just showed Mabeth this pic and asked her if she'd be OK with my putting a pair of these in the living room - her response; "Oh my God, NO WAY!"

And Erik knows Mabeth, she puts up with all my crap without a whimper - but I think I just found her limit.

You are now officially a hard core mother f#*ker.

Dude have you cranked them up yet?

Holy horns!! Those are great!

I have a pair of the AH-550s that I have been hoping to use in a two-way system but even that's pushing the limit around here... you're living the dream, man!

Love them. Nice job!
You must log in or register to reply here.

"Georgians On My Mind", or "Grand Theft Audio"?

So I got these today