Robert Hunter, the poet and lyricist who wrote the lyrics to some of the Grateful Dead’s most memorable songs, including “Uncle John’s Band,” “Scarlet Begonias” and “Dark Star,” died on Monday night. He was 78.
Click to expand... 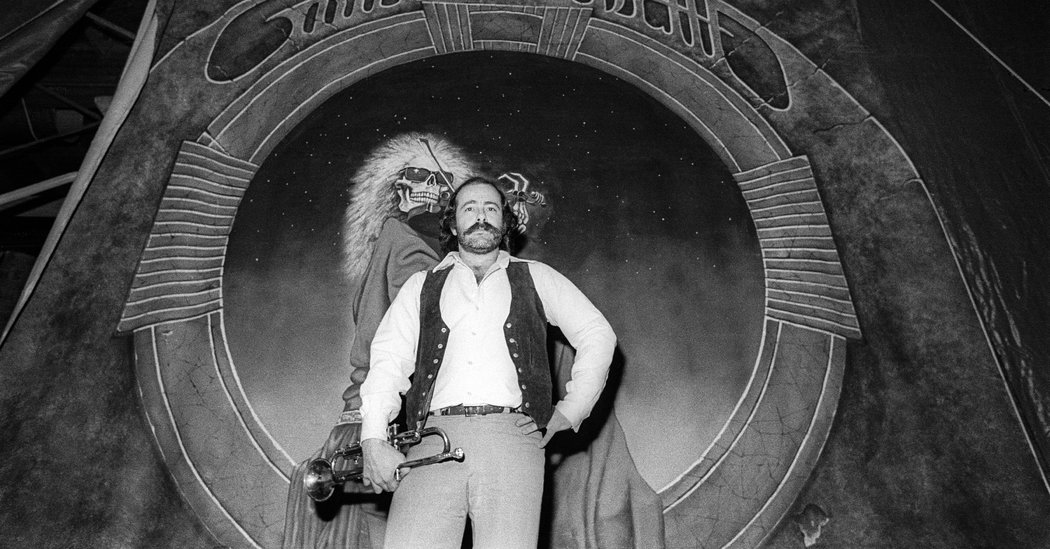 There is a road, no simple highway
Between the dawn and the dark of night
And if you go no one may follow
That path is for your steps alone

You who choose to lead must follow
But if you fall you fall alone
If you should stand then who's to guide you?
If I knew the way I would take you home

From Scarlett Begonias- "Once in a while you get shown the light in the strangest of places if you look at it right".

Official Site Of The Grateful Dead

And since most heads are quite familiar with 5/8/77 Cornell, here is a lessen known Scarlett>Fire (he also co-wrote Fire on the Mountain with Mickey Hart). 2nd set opens with Scarlett>Fire.


Damn, looks like Clay passed away as well. R.I.P. (a friend of a friend who helped get me into DAT helped Clay and Jaime at some of the numerous dead shows they taped, usually from some of the best seats possible, with the best mics (IMHO -at the time Soundfield ambisonic AMS-ST250 "tetrahedron" mics that could reproduce nearly any mic pattern, spread omnidirectional being the exception, though spread Neumann 1" diaphragm omnidirectionals would probably give them a run for their money) possible. Jaime wrote the article. There is a link near the bottom of the article to the shows Clay (and Jaime) recorded that Clay uploaded to archive.org. I suggest starting with the September 91, Madison Square Garden shows. Nice to see he also taped the Mother Hips on the east coast. I used to tape them in Cali and the last time I taped was in 01. He taped them in 2014, nice to know they are still jamming.

Clay B and me, front of board, mics well hidden, we made a fine, fine tape. Not my best writing, this haiku, but I composed it while grieving over the news that my old friend Clay had passed away, and under personal circumstances of a sudden and tragic nature. Maybe I wanted to cheer myself
www.jamesdmccallister.com
Last edited: Sep 25, 2019

What a superb songwriter we have lost! R.I.P.

I used to sing "Ripple" and "Brokedown Palace" as lullabies to my daughter when she was an infant. Fare thee well, Fare thee well, we love you more than words can tell...

In the secret space of dreams
Where I dreaming lay amazed
When the secrets all are told
And the petals all unfold
When there was no dream of mine
You dreamed of me
Songwriters: JERRY GARCIA, ROBERT HUNTER


I’ve been meaning to extend this one out again, in honor of the recent passing of Robert Hunter, and, well, the sorely lost Jerry Garcia.

A wee tale behind this one….. actually, quite a long one this time.
This is my first solo recording effort. I had participated in group efforts prior to this, with my mentor in this whole game; but never solo. His wife went into labor mere hours prior to the show, and the recording bag was handed off to me, and I was told to handle it. Yikes.
My sister gets huge credit for her effort in getting the gear through the door, and, it wasn’t small!
This was in the days of strictly no recording of JGB gigs. There was rumors abundant that Hells Angels biker security was on the lookout for tapers, and would take them out in unique biker fashion.
So, I’m nervous, clueless, and on my own, once thru the door.
I get the rig set up, and, find realize that I’m way too close to the stage, and not in line with any of the PA system. The seat was fine for viewing, but, not for recording in stereo.
So, I traded seats with someone who had seats in front of the SBD, on center.
The rig: Massively heavy, huge, Sennheiser MD421 pair, and a steel stereo t-bar to mount them on, and of course, to make it completely unruly, XLR cables, and unbalancing adaptors at the deck.
This rig weighed a bit less than a gallon of water.
Not much you say?
Try hand-holding that gallon at bent at the elbow length, for three hours, being as still as you can, while maintaining the deck, flipping tape, and worrying about some Angels biker tapping you on the shoulder, and then dragging you out. The mics and XLR's were as long my forearms, which I used to support the load.

That rig weighed like a wet 60# bag of concrete by the end of the night. My back and arms went from burning, to cramping, to numb, to aching, back to cramping,… and, finally, celebrating the end of the show.
That entire night I started devising a way of getting away from that kind of agony, and how I might be able to go far smaller, and perhaps body worn? Miniature mics that you couldn’t see. But, could it be done?? And if so, how???, and with what????
I started asking around, and drew mostly responses of stage cavalier mics that needed phantom power (which at that time was rare in small remote recording rigs). I finally bought some Radio Shack tie pin lavs. And then in a trip to Hollywood, and a film industry support outlet, I found my dear friend, Güde Head; my Sennheiser MKE2002 Artificial Head Binaural Stereo Kit. Güde won out for sound, and the RS Lavs went with a friend to Long Island, and, not heard from much after that.
That was the start of my studies into the HRTF, Head Reference Transfer Function technique, that was called quasi-binaural at that time, as it was a being created technique that was still being proven out. And I’m now rambling….

This is my first solo effort. Please be patient with it, as I was a bit of a spooked, clueless, and bumbling idiot. A lot of vibes have been captured since this time. I hope you’ll enjoy.


Get ready for a shit ton of files…..

25 files sent via WeTransfer, the simplest way to send your files around the world


from the text file:

*My first solo stealth recording effort, after learning that my taping mentor and his wife were going to the hospital to deliver their first child, Erin Elizabeth. Happy Birthday, Erin Elizabeth P.

*This meant getting the big rig in (big thanks to my sister Kami, for wearing the pouch from hell), set up, hand holding, and level setting, flips, etc.

This fileset is the original digital transfer of this recording, transferred apprx., 2001/2002 (no transfer notes taken). It was burned as an audio burn via a Sony TC-D5M -> Tascam CDRW700 master audio cd recorder.

There was an edited version of set one, performed by JAH, to clean up a sudden level change. That was done before my awareness of flac, text files, etc. So, no notes were taken, as to that edit.

As an added measure, I've included both set one folders; the original transfer, and the JAH edited version.
Last edited: Oct 9, 2019